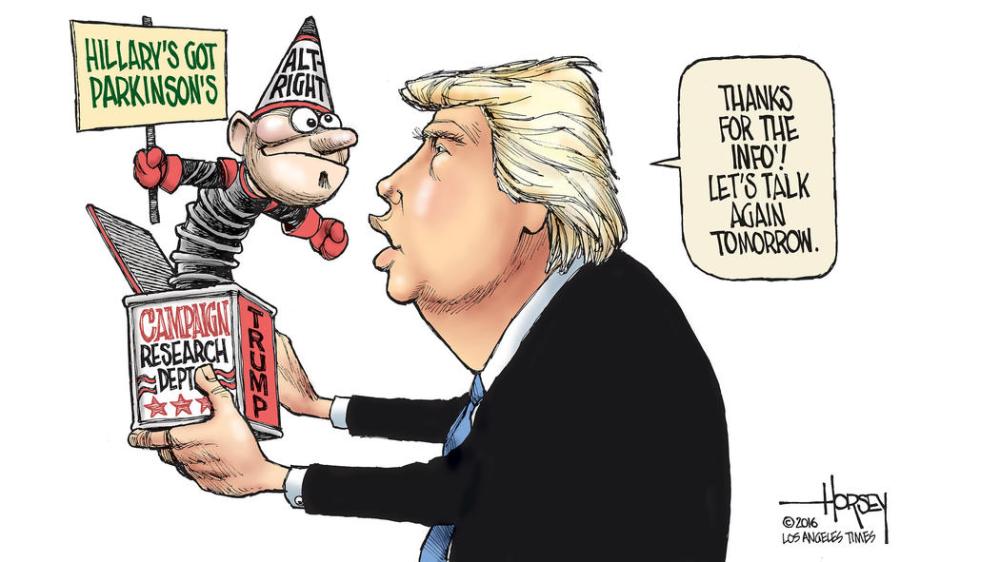 The racist, white nationalist alt-right fringe movement has been thrust into the spotlight in the aftermath of Donald Trump’s inflammatory campaign and tainted win. A loose umbrella term that captures 4Chan trolls, academics, militia-types, neo-Nazis, and just general racists, alt-right was definitely the buzz term of the 2016 election. In an effort to understand the movement, I’ve been doing some preliminary research and have compiled an introductory list of fundamental alt-right reads.

“For us, as Europeans, it is only normal again when we are great again!” he shouted. “Hail Trump! Hail our people! Hail victory!”

Spencer believes that Hispanics and African Americans have lower average IQs than whites and are more genetically predisposed to commit crimes, ideas that are not accepted by the vast majority of scientists.

“The political establishment has made an entire generation of young white men and women into fascists, and that’s a beautiful thing!”

Lincoln opposed the expansion of slavery outside the South, but was not an abolitionist. He made war on the Confederacy only to preserve the Union, and would have accepted Southern slavery in perpetuity if that would have kept the South from seceding, as he stated explicitly.

The amount of column inches generated by the alt-right is a testament to their cultural punch. But so far, no one has really been able to explain the movement’s appeal and reach without desperate caveats and virtue-signaling to readers.